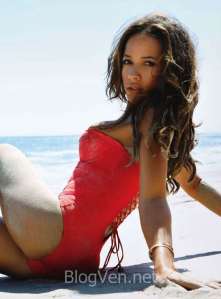 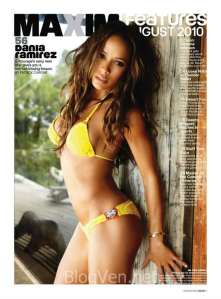 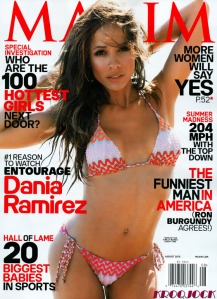 Dania Ramirez (born November 8, 1979)[citation needed] is a Dominican TV and film actress. She is most recently known for playing Alex in Entourage, Maya Herrera in Heroes and a recurring character during the last season of The Sopranos. She also played female antagonist Callisto in X-Men: The Last Stand.

Ramirez was born in Santo Domingo, Dominican Republic. At an early age, she decided to become an actress. As a young child, she would reenact Spanish soap operas for her family. She was discovered by a modeling scout while working in a Los Angeles[citation needed] convenience store at the age of 15, and was cast in a small part in a soda commercial. Later, she decided to pursue acting seriously and studied at the Actor’s Workshop in New York City under Flo Greenberg.[1] She graduated from Montclair State University in 1999, where her volleyball talents led her to be placed among the top five in career digs, digs/game, solo blocks and total blocks. She then moved to Los Angeles to pursue her acting career

She’s Got The Look. The Vedic Look
‘We Style You… EXCLUSIVELY
http://www.vedicimage.com